On August 27, 2012, Community Day Arlington Elementary School (CDAES) was launched with the goal of providing a strong education that meets the needs of all students, preparing them for bright futures. The school welcomed approximately 187 students in Kindergarten and grade 1 for the 2012-2013 school year. 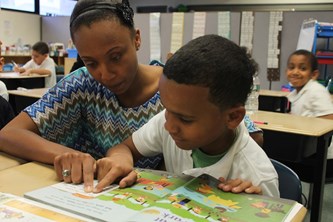 The second year at CDAES, which began in fall 2013, was marked by the addition of grades 2-4 as the school expands to serve approximately 525 students in Kindergarten through grade 4. The school began its second year with encouraging feedback from parents, students, and assessment data.

read history of The Community Group