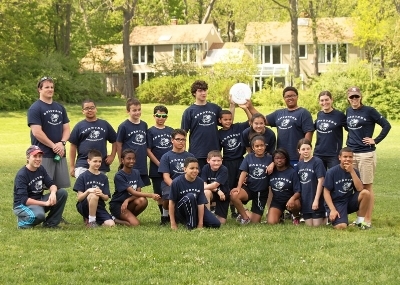 Ultimate is an exciting, non-contact team sport, played by thousands the world over. It mixes the best features of sports such as Soccer, Basketball, American Football and Netball into an elegantly simple yet fascinating and demanding game.

Community Day Ultimate started in 2008 and has only continued to grow. Players meet 2-3 days a week to learn the fundamentals of the game and build up to intramural and traveling competition. Our team plays annually in the ARMS Middle School Invitational in Amherst, MA which is one of the largest MS Ultimate Frisbee Tournaments in the country.

There are no events to display