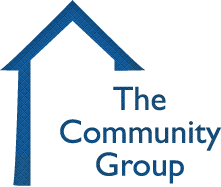 Lucy Hulse is the former Chief Financial Officer of Wide Horizons For Children, Inc. (WHFC), based in Waltham, MA. WHFC is dedicated to the well-being and security of vulnerable and orphaned children worldwide through programs that help keep families together, provide quality care for children living in orphanages, and through adoption services. She is a former business manager at Community Day Care of Lawrence, served on the Development Committee of The Waring School, and is a former trustee of the River Valley Charter School. She holds an MBA degree from Babson College. Lucy lives in Natick and currently serves as President of the board.

Priscilla Loring previously worked as a business manager at The Pike School in Andover and as controller of Thayer Academy. Her professional experience also includes time spent in a range of accounting and business roles in Greater Boston and abroad. She holds a BS and MBA from Northeastern University. She has more than 20 years of service on the boards of The Community Group and Community Day Charter Public Schools (CDCPS).  She resides in Andover.

Gail Carey served as a home provider of early education prior to taking a position with Dakota Systems in Dracut, where she runs the Documentation Control Department and has held positions in Purchasing and Customer Service. She is also an active parent volunteer in Methuen, serving on the Methuen High School Band Parent Association for eleven years, and as Vice President for four years.  Gail currently serves as Clerk of the board.

Ethel Cruz is the current principal at the Francis M. Leahy School based in Lawrence, MA and has been in the education field since 1998. She holds a Masters in Education and a C.A.G.S in Administration, Planning, and Policy.  She  has served on a number of educational communities with the most recent being Influence 100 Pilot Program.  She has also been the recipient of numerous awards such as the Eugenio Maria De Hostos Award; The Outstanding Teacher for the Massachusetts Migrant Education Program; The Multicultural Family Circle Outstanding Service to the Community Award, and The Feria del Libro Dedication to Education Award. Ethel currently resides in Methuen, MA.

Retired Judge Patricia Flynn served as Associate Justice with the Juvenile Court in Middlesex County following her appointment in 2003. She is a member of the National Association of Women Judges and the Board of Directors of the Massachusetts Judges Association. Judge Flynn was a past member and Vice-President of the Board of Trustees of Lawrence General Hospital, and past Chairperson of the Board of Directors of Notre Dame High School in Lawrence, MA (a Cristo Rey high school). Prior to her appointment to the bench, Judge Flynn practiced law for 20 years in New Hampshire and Massachusetts. Judge Flynn has served as President of the board, and served on the Steering Committee for the establishment of Community Day Charter Public School. She resides in Methuen.

Alcira Kane has worked for Northeast Legal Aid, formerly Merrimack Valley/Neighborhood Legal Services for multiple decades. She is an active member of advocacy groups at the state level, including the Welfare Coalition, Disability Coalition, Employment Coalition, and the Language Access Coalition. Additionally, she serves on the advisory committee for Bay Path University – School of Management and the Family Self Sufficiency Advisory Council. She holds a BS degree from New Hampshire College. Her commitment to the success and governance of The Community Group and Community Day Charter Public Schools has spanned many years, serving on the Board of both institutions. She lives in Plainstow, NH.

Meera Krishnan serves as Director of Program Solutions at Year Up in Boston.  The organization teaches urban young adults the professional skills needed to excel in the business world through college-level coursework and corporate internships.  Meera earned her MBA from Harvard Business School in 2012 and her BSE from Princeton University in 2007.  Her professional experiences include two leadership positions at The Community Group:  Director of Strategic Planning leading change management initiatives related to school turnaround and Director of Programming for Community Day Arlington. Prior to joining TCG, she was an HBS Leadership Fellow on the education team at the Office of Mayor Kevin Johnson in Sacramento, CA and an Education Pioneers Fellow at the San Francisco Unified School District.

Steve Lisauskas is an executive with the firm WasteZero where he leads their government affairs functions. Prior to his employment at WasteZero, he was the executive director for the Finance Control Board in Springfield, MA. He also headed his own consulting team and was a senior fellow for the Pioneer Institute. Steve has a BA in Political Science and a MPA in Finance from Syracuse University.  He lives in Andover.

Retired Judge Mary McCauley Manzi served as a Probate and Family Court Justice at the Fenton Judicial Center in Lawrence, MA. She was appointed to the bench in 1986 and retired in May 2011 after 25 years. She is a graduate of Suffolk University Law School and Emmanuel College. As a Justice, she has been involved with the Task Force on Mediation in the Probate and Family Court and served on the Supreme Judicial Court Committee on Ethics. Out of the courtroom, Judge Manzi was instrumental in the creation of the Community Day Charter Public School, and has continued to advocate for the schools in the community. She is currently working as an attorney with the firm Manzi, Bonanno and Bowers in Methuen. She lives in West Newbury.

Eric Stacey has worked at Pingree School since 1997 and is currently the Director of Enrollment Management and Admission. In his time at Pingree, he has overseen the significant growth of the school’s enrollment. Eric earned his Bachelor’s degree from Colorado College, where he majored in English and was captain of the baseball team. He lives in Bedford, MA with his wife Wendy and their three children. Eric served as President of the Board of Community Day Charter Public Schools Board from 2008-2015.

There are no events to display